‘An Enemy’s Enemy is a Friend’

After news that Samsung Electronics and Microsoft had signed an agreement to cross-license patents for smartphones, some media outlets reported it as an alliance formed against Apple. Currently the smartphone world is not as simple as the saying ‘An enemy’s enemy is a friend.’ There is no distinction between rivals and associates and there is nothing mentioned in the contract which can be derived as a union to intercept Apple.

Lets look more closely at some reasons why this is the case. 1) Microsoft receives royalties from Android affiliated smartphone producers. 2) Samsung and Microsoft’s cross license agreement is a practical step. 3) Samsung and Microsoft need one another for their own reasons. 4) There is not really any truth to Samsung attempting to create a monopoly. 5) Up until now, Samsung has held a very good relationship with Google as producers for Android. In the end, are Samsung and Microsoft forming an alliance against Apple? In my opinion they are not.

On September 22 stock prices in Japan fluctuated after The Nikkei reported the Japanese telecommunications company would be selling the iPhone 5. The influence of the iPhone was seen once more as Softbank’s shares dropped by 12% and KDDI’s shares rose by 6%. Many users continued to use the Softbank network despite the low quality service because it was the only network on which the iPhone could be used. Now many are suggesting that users will change to the better quality KDDI network.

Yoon Ja-yeong originally started studying electronic engineering at Yeonsei University. After joining a club at the Univeristy called ‘The Dema Studio’ due to her interest in fashion, she realised there was no easy way to find information on what real, everyday people were wearing. With this she developed her idea for a social app called Styleshare and after some persuasion became a partner of Primer last October. Entering her startup into the ‘2011 Mass Challenge’ in Boston, she managed to make the finals as the only competitor from Asia. Results for competiton will be released next month.

Seoul City’s 2011 3rd ‘Social Enterprise’ recruitment has selected 35 good-willed companies for their services to society and providing jobs for the weak and vulnerable. These companies will provide support payments for 249 new jobs. Companies who are declared as ‘Seoul Social Enterprises’ not only receive support for paying wages but are offered a variety of business and marketing support as well. Wage support provided per person is 980,000won and 1,500,000 for experts in their relevant fields. Additionally, expert consulting for accounting, promotion, human resources and labor can be provided up to 12 times per year. Selected company’s CEOs can grow as management specialists and learn about the core values of social enterprising through a CEO academy. Lastly, excluding funds for infrastructure – each company can receive financing for 2-3% of their operational costs up to 500,000,000won plus up to 20,000,000won support for product development and website production.

Diversifying Investment in Your Life

‘Don’t put all your eggs in one basket’ is a common saying in investment. This does not only apply to investing, as for one to get by in a world fraught with uncertainty, one must apply the same concept to their mentality. It is said that for someone who partakes in one’s hobbies, family life, friendships and volunteering will feel less impacted if they happen to lose their job. Through applying themselves evenly to these different corners of life, they are able to see that they have not lost everything.

Why companies need to use social media as a base for customer support:

1. It is the consumer’s media.
2. It effectively conveys the company as transparent and trustworthy.
3. It ensures that the company develops effective products and minimizes risk of failure.

Steps to approaching the customer base via Social Media:

Registration:
1) Application period: September 26 – October 14
2) How to register: Download the application form and after filling it in e-mail it to dkjang@strategysalad.com. 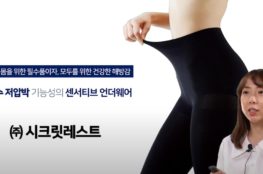 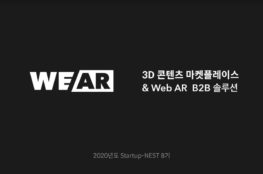 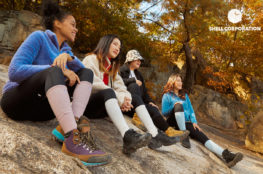