“Watcha” is a service launched by startup Frograms on August 16 and recommends movies to users based on their rating of other films. The service came after the founders of the company were searching for movies that they liked online.

“We found that there were a lot of people searching for good movie recommendations. However, search services return results randomly without taking into consideration personal tastes. We thought that there was need for a specialized service. We chose movies as our starting point.”

Watcha is based on a database of movie ratings from users. Data is collected not through Naver or other common sites, but through users who directly access the site, thus it is expected to take some time. From a user’s point of view, rating movies is not something that difficult and is actually quite fun. The user-friendly and intuitive interface makes the experience somewhat addictive. After rating at least ten movies, using the database the site can then start recommending films to the user . 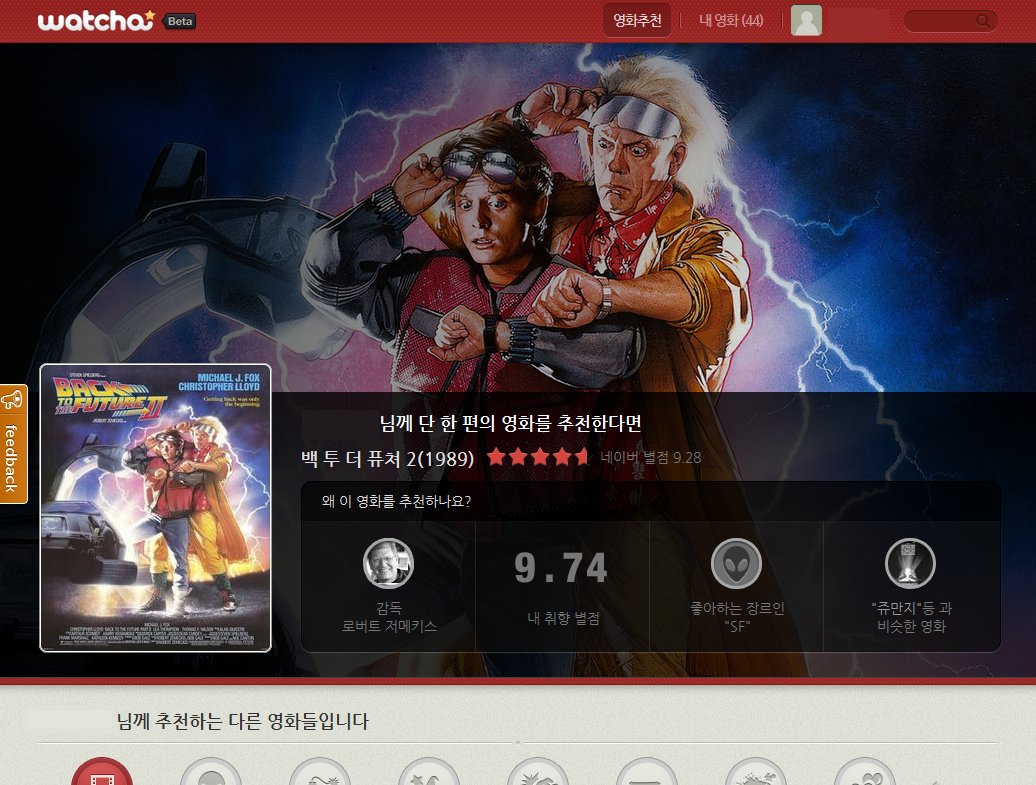 The Watcha interface is intuitive and easy to use.

The core of the service is based on analyzing individual tastes and choices in movies, something which requires skill in developing. This is why 7 out of the 13 employees at Frograms are engineers. CEO and founder of the company Taehoon Park says that he didn’t have confidence in marketing or sales, but had confidence in developing. The skills of Frogram’s developers seem to have also caught the attention of others, with K Cube Ventures choosing the company as its first investment earlier this year.

Having chosen a type of service influenced by the competitiveness of developers, Park has set up stable plans for the future. Firstly, he plans to release another recommendation service to follow Watcha and has decided that the company’s future is in ‘service personalization ‘.

“There are many instances where people don’t know what to choose as there is so much information and only a limited amount of time. However, portals and other sites still haven’t offered personalized services and we think there is a chance there.”

The company’s main priority is to gather users to construct the database. After this, Park’s plan is to create other profit models such as personalized advertising and download links.

Despite launching less than a month ago, Watcha already has over 15,000 followers on Twitter and nearly 5000 likes on Facebook. Frograms plans to later release Watcha apps for both iOS and Android Market.