Softbank Ventures Korea announced its investment in Indonesian online market site Tokopedia yesterday. Since Tokopedia was founded in 2009, it has surpassed its other Indonesian and overseas rivals to become the leading online marketplace in the country.

CEO of William Tanuwijaya commented on the deal, saying, “Through this investment we plan to focus on re-creating the success that Alibaba has made overseas. With Softbank as an investor in Alibaba, we look forward to creating plenty of synergy and making Tokopedia a meaningful partner to Softbank Ventures.”

Senior Associate at Softbank Ventures Eunwoo Lee also discussed the investment, saying, “While Softbank Ventures supports Korean companies so that they can expand into other Asian markets, we are also rolling out a strategy to discover local companies with potential in electronic transactions and other proven industries in Korea. We expect Tokopedia to grow to become Indonesia’s leading online marketplace along with eBay in the US, Rakuten in Japan and TaoBao in China.”

Indonesia has the fourth largest Facebook user base in the world and with a population of nearly 250 million people, is fast becoming an emerging market. IT markets such as the online and mobile space in particular have been recently showing high growth.

Translated from the original article on VentureSquare. 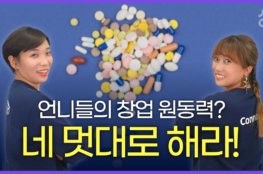