Earlier this week, Apple released iOS 8.1 to the masses. The new update not only restores stability to older iOS devices like the iPhone 5 and below, but also enables Apple Pay for current and future iPhone 6 owners.

The concept and technology that Apple brings, like many of its features, are not necessarily original or even arguably innovative: NFC payments, mobile accounting, and online shopping have been around for ages. Google, Amazon, and Square are just a few companies that have made strides in bridging the gap between the physical and virtual realms of currency exchange. 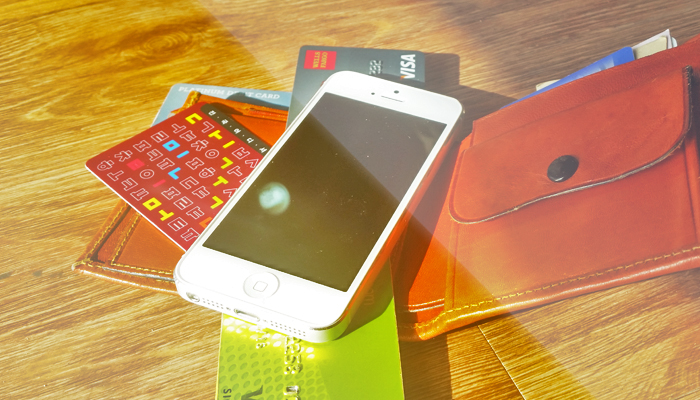 Paying with plastic in this day and age is both modern and archaic; many startups have come up with innovative solutions to making the credit card purchase a more secure, efficient and pleasant experience but there’s still room to improve. There’s a constant balancing game that’s being played between managing the security of mobile transactions and improving the user experience of paying through your phone. When an innovative proposal is made on one side, it usually involves a compromise on the other end.

Apple is hoping that its latest approach will set the standard.

Using a combination of Near Field Communication and fingerprint scanning, iPhone 6 users with iOS 8.1 can now buy goods and services across dozens of banks, apps, and businesses (at least in the U.S). During each transaction, Apple Pay stores your financial data locally on an onboard component called a secure element (SE) chip.

The use of SE chips on credit cards are prevalent all over Korea, as well as Asia. Technologies and companies like KG Inicis already enable touch-and-go payments for trains and taxis as well as convenience stores, tying it directly to your credit card transaction history. Google attempted to pave the way with their own NFC payment service with Wallet but failed to gain much noticeable traction.

Apple may be repackaging and rebranding currently existing technology with Apple Pay, but perhaps the biggest test to whether they will fail or succeed rests on their ability to grow and maintain relationships with vendors. Apple Pay makes a strong case for leaving your credit cards at home and boasts an impressive number of partners, but cash is still king in the real world. But until Apple or any startup can convince my local hot dog stand or ddeokbokkee (떡볶기) vendor to accept my smartphone as a form of payment, I’m still stuck with my wallet.

A tech enthusiast with all things UX, web and design, Eddie Cho is the international editor for VentureSquare. When he's not busy chasing down startups in Korea, Eddie enjoys eating fried chicken, filming movies, and hanging out at Itaewon or Hongdae. He's also training to become the next Hokage.