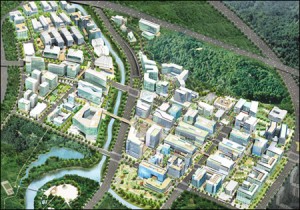 Pangyo Techno Valley is in the city of Pangyo, where startups in information technology, biotech, and cultural technology are located.  Seven of the top 10 game companies in Korea such as Nexon are headquartered in Techno Valley. For further expansion, business infrastructure like startup accelerators and several co-working spaces will be supported by the Korean government. Yanghee Choi, Minister of Science and ICT, said, “The government will continuously support Pangyo Techno Valley to make it into a hub of cultural technology.” 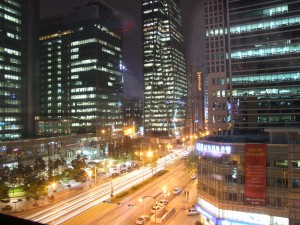 Gangnam Startup Valley is a major startup ground in Korea. It’s located near Teheran-ro(Teheran Boulevard) in Seoul. It is widely known as Teheran Valley due to a number of startups, venture capitalists, and angel investors located there.

Several startup accelerators and co-working places such as D Camp, Startup Alliance, and Maru180 are also located there. Google will also launch a campus for startups for this year, and the Korean government plans to open ‘High Tech Startup Campus,’ a co-working place that enables close relationships between startups and VCs.

Global K-Pop Cluster will be constructed in Uijeongbu, located north of Seoul, by 2018. YG Entertainment funded about $100 Million for the construction. This new area will offer K-pop content creators resources for developing and publishing content.

Hongreung R&D center was first planned by the Korean government to focus on scientific research and studies. Recently, the government announced that it will be reformed into a new creative research center called Global Valley. Sangwook Kang, director of Ministry of Science and ICT, announced that plans for Hongreung Valley will be completed by the first half of 2015.