Remember – Block is a time management and memo app which is made easy and fun to use via a “free block” style user interface. Memos are displayed in a style chosen by the user and for more important items memo blocks can be made bigger. A unique thing about the app is that it is “buttonless” and everything from arranging blocks to editing memos is done via gestures.

Despite being a paid app, Remember – Block has proved popular and managed to reach the top spot for paid apps on Korea’s App Store in January this year. Since then it has also topped the productivity category in 12 other countries and has won several awards including one for app translation and one for innovation. Currently the app has more overseas users than Korean users.

Developer of the app, DesignPlusD, was founded in February 2012 by CEO Dong-in Lee and two other developers Sang-su Park and Gi-chan Nam. Prior to starting the company, Lee had been a developer for 14 years with programming experience going back to the days of DOS and coding in languages including C, C++, Basic, Pascal and C#. He decided to found the startup after becoming frustrated with other apps on the market.

“No matter how much I looked around the app store, I couldn’t find the time management app that I wanted, so I decided to start a company myself. I made a suggestion to Gi-chan and Sang-su who I had known for 10 years and once they agreed we began right away.”

Long term, Lee says that DesignPlusD is looking to create more apps around similar productivity concepts to help people get work done through their phones.

“We are preparing additional memo, alert and time management apps and we also plan to launch a service which displays personalized information from these apps in the form of a timeline. We’ll gradually show everyone these apps and services throughout the year.”

Remember – Block is currently only available on iOS but the company says that an Android version is in the works to be released in the second half of the year.

Last month the company was announced as part of the second intake for Silicon Valley-linked accelerator SparkLabs. Lee said that it’s an amazing chance for a company like his, which is currently preparing services that target overseas users.

“Even before the second program officially kicked off, we were introduced to famous overseas VCs and business mentors, with some of them showing interest by email.”

Download Remember – Block from the App Store or find out more about DesignPlusD on the company’s website. 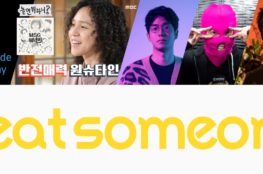