At D.Camp, we sat down with the CEO of ChattingCat Co., April Kim, to talk about Startup Nomad, the ChattingCat service, and where they’ll be going from here.

ChattingCat is an on-demand English correction service that converts broken English into native-level lines . Each request is translated by crowdsourcing native speakers all around the world. Because English has become the de facto language for all global businesses, ChattingCat aims to help those in the working world ensure that their English is up to a professional standard. 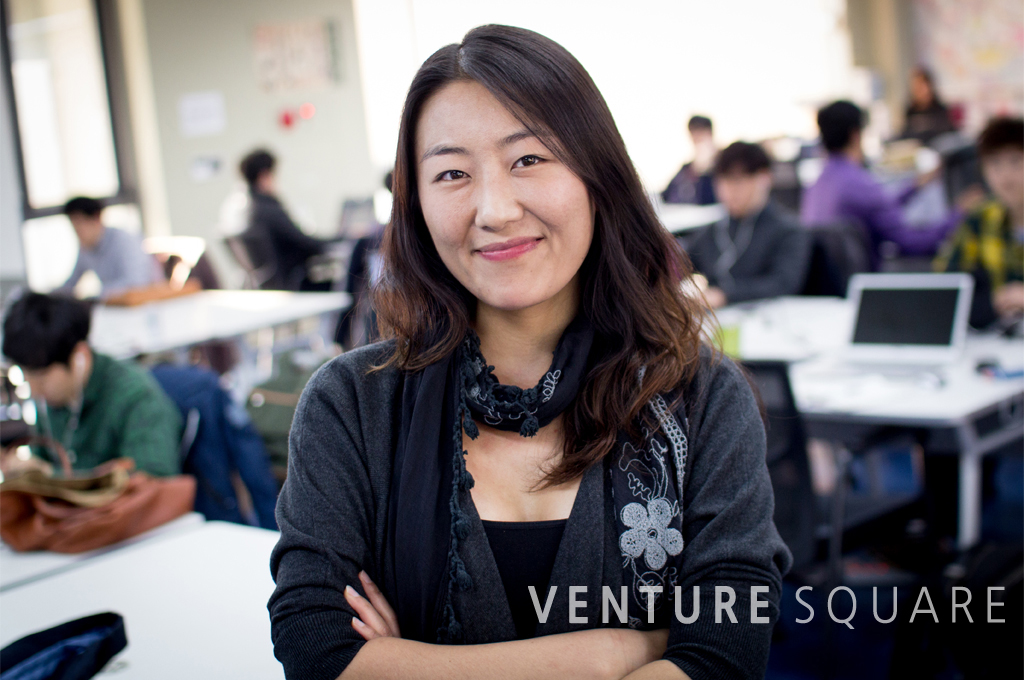 April briefly talked about her early experiences with using English in the working world. Prior to ChattingCat, April worked at IBM and recalled some of the ways she tried to translate her work. “For those living outside the United States, it is very difficult to find a native speaker for help,” April said. “I remember while working at IBM, I’d type exact phrases into Google Search, and I just kept doing this until I found a phrase that I felt comfortable with. This is what most people do and it’s a waste.”

And though English was not her first language, April described the reception of her limited language at the time.

“My colleagues forgave me for my mistakes, but my customers did not.”

There are three main co-founders of ChattingCat, each with varying experiences. As CEO, April also manages the marketing. Geunbae Lee is the CTO for the service. John Neeley, the third founder, also holds previous venture experiences with fundraising, negotiating, and exiting.

Managing the supply and demand of ChattingCat as a service and platform is crucial for delivering fast service and distinguishing themselves. Serving the English needs of Korean users during the evening time is especially difficult given the time zone difference with those in the United States. ChattingCat addresses the peak hour requests by hiring tutors in the UK. This allows them to provide round-the-clock service despite global time differences.

“If requests aren’t met after a certain time period, notifications are sent to special tutors on stand-by to keep the response time low.” April also noted that John acts as an on-call tutor as a fail-safe for situations where ChattingCat’s community of native speakers may not be able to meet the demand.

On Startup Nomad and Silicon Valley

“Honestly, I didn’t have big expectations as first. I’ve already been to many overseas programs and visited Silicon Valley several times. However, Geun had never been to the States and I thought it would be a good opportunity for him to see the culture there. ChattingCat is a global business after all, so I wanted him to witness that environment firsthand. I figured with that experience it’ll make it easier for us to communicate certain things and see the company’s future.” 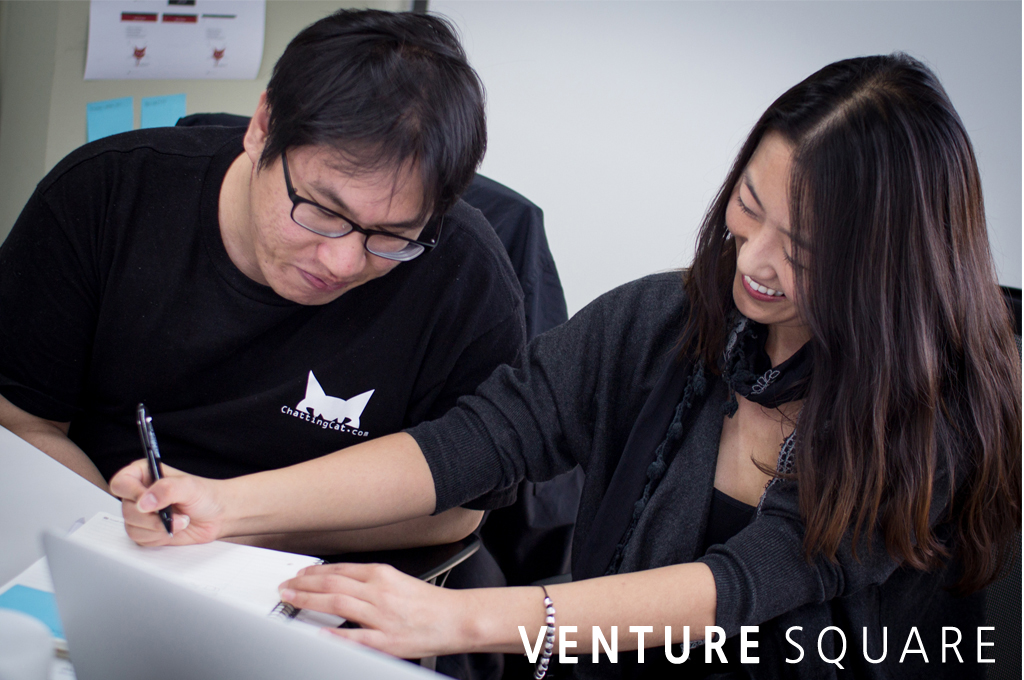 “I figured with that experience, it’ll make it easier for us to communicate certain things and see the company’s future.”

ChattingCat was the first place winner of the demo day competition amongst the Startup Nomad teams, which was held in California in conjunction with Keiretsu Forum. April also shared with VentureSquare about some of the extra, indirect perks she received during her time there. “I was able to connect and network with a high ranking executive of Oracle as a mentor. He was there for our demo day presentation. I really appreciated those little things because now there’s a relational foundation. I feel like I can reach out to him anytime I visit Silicon Valley again.”

April also added that she felt those opportunities to find someone you can quickly connect and be comfortable with are rare. “I was lucky because he’s such a great person and she showed a lot of interest with ChattingCat. On both a business and personal side, I was happy to meet him.”

When asked about the feedback she received, April talked about how it applied to ChattingCat. “The feedback that I received after just two weeks of being in America is in my opinion not that useful, at least for ChattingCat. For more applicable feedback, it’d have been better for us to stay for 1 or 2 months instead, then create a more dedicated team to test out the newfound theories and suggestions for a few more weeks to monitor results.”

After coming back from Startup Nomad, April recollected what she saw, feeling convinced and where to go from here. “Although I had a plan to grow ChattingCat by ten times in Korea and then move to the U.S., I wasn’t confident about this plan. However, going to Silicon Valley and meeting investors and mentors who showed great interest in ChattingCat removed my doubt. I felt like I could do it.”

For future members of Startup Nomad, April left a few words of advice. “I’ve been reading some articles recently that question the value of sending Koreans to the United States for startup events. I disagree. Whether it’s your first experience or not, it’s still valuable even if your team feels unprepared or if they feel like their English is not up to par. Different levels of startups will learn more depending on their level and experience, but it’s still worth sending people over.” 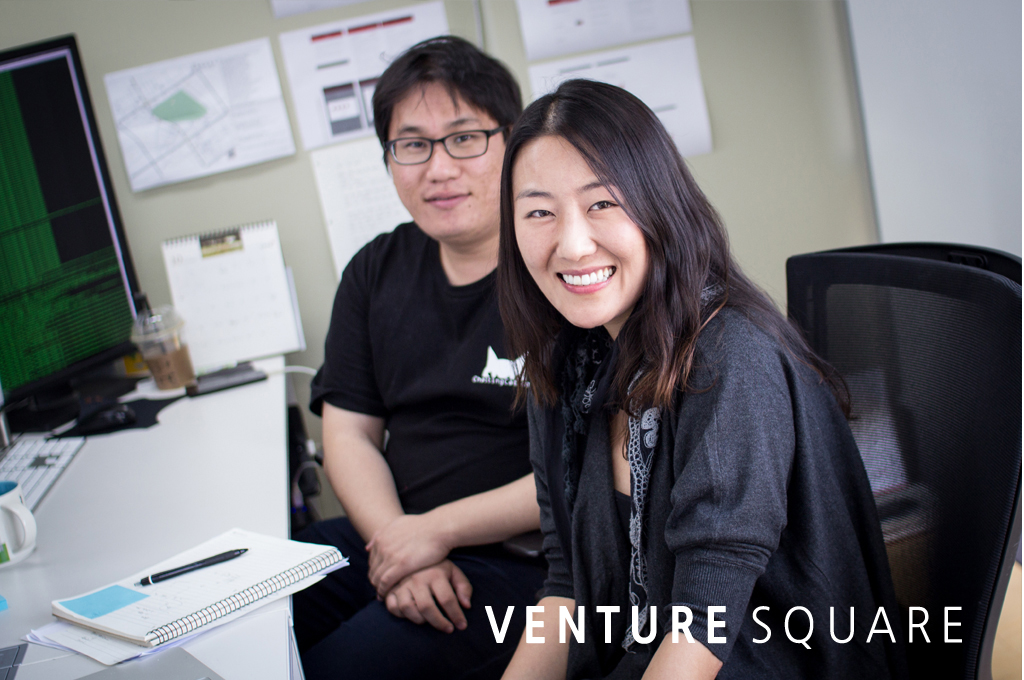