At the Econovation center in the Olleh R&D, we sat down with the CEO of IndieCF Jeong-Hwa Park, where she talked about the dreams and philosophies of the company, T-bone steak, and the ups and downs of Startup Nomad. 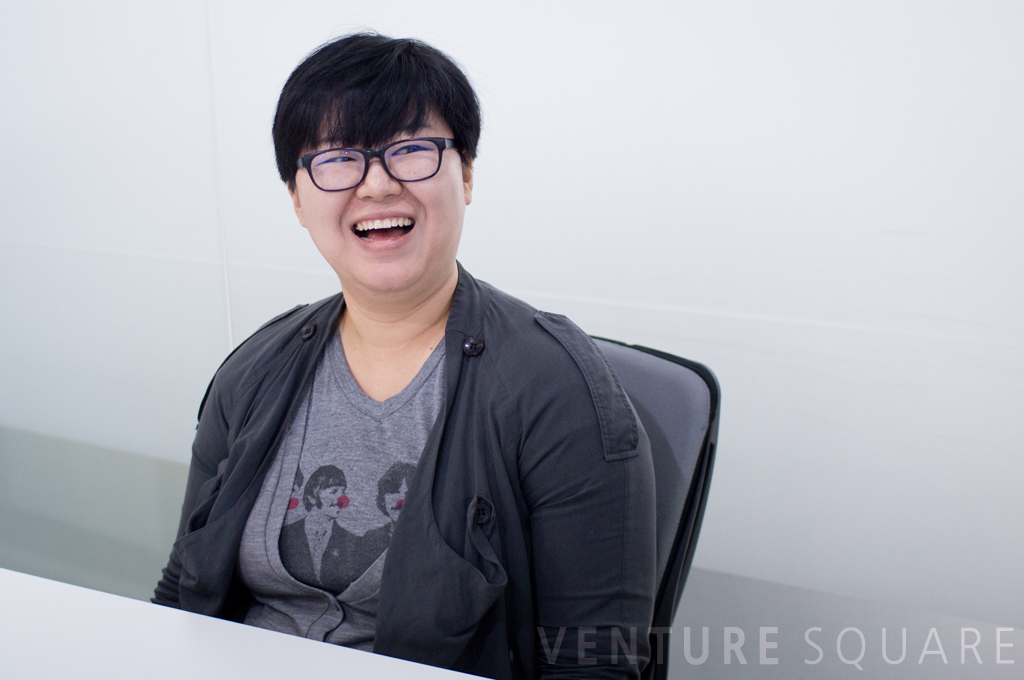 Pariro is a simple video editor for iOS that lets users create their own commercials or video ads. IndieCF’s goal is to enable anyone to create broadcast-quality commercials without financial or corporate restriction. Pariro not only teaches you how to plan your video ad, but also includes media assets and templates for use, free of charge.

Prior to Pariro, IndieCF originally began as an independent production group that travelled to film and produce commercials for small businesses on-site. While shooting in Jeju Island, Park began to think about the possibility of building a tool to help these businesses shoot their own videos. 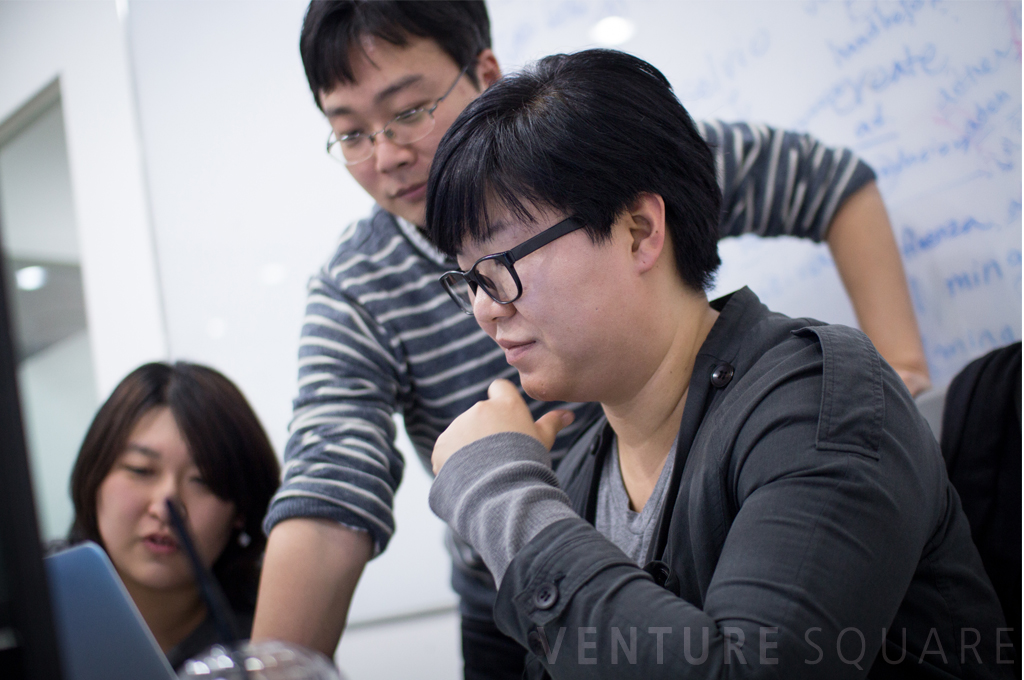 “While I was at Jeju, I was eating at a famous sausage restaurant. I was so exhausted from work, and at the time I had a smartphone in my hand. As I was coming back from Jeju island, I started brainstorming. I wanted to create a way for people to make ads easily on their own.”

“You’ll be able to objectively develop and grow your plans and feel that much more confident when you come back to Korea.”

Park describes herself as one with an ‘hasty personality’, which inevitably led her to create and launch Pariro on 8/15 (8-1-5 is pronounced par-il-oh in Korean). IndieCF started shifting to building video tools that help small businesses create video commercials with little to no startup cost. 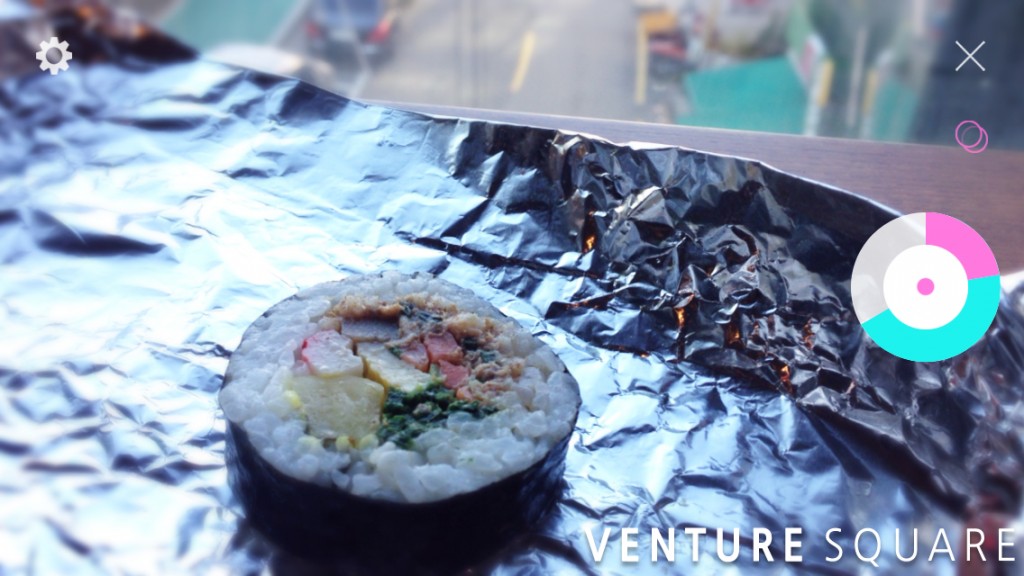 “There’s this beverage called a ‘blue lassi,’ made in the Ganges region of India. Imagine being able to film a full commercial without having to go through an agency or paying anyone, then having that commercial broadcasted and aired in Korea.””

When asked what her goal was before going overseas for the Startup Nomad program, Park simply replied, “Eating a grass-fed T-bone steak.” Food seemed to be a reoccurring trend. Perhaps that’s not too surprising given that these ideas can come in the middle of enjoying a meal.

Park already came from a background with extensive experience in the media industry, having worked in corporate advertising for companies like Doosan and also at publishing companies. However, Park also wanted to see how those with more global business experience would react to her service, as well as gain insight into how their own experiences have translated into success.

“At my previous work, there was a period when I only left the office twice in one month. I had this kind of lifestyle for awhile, (and at one point unable to really stop working). But what I realized in America is that people worked more …densely? Purposefully and intensely within an allotted time.”

IndieCF, like many startups, tend to be unrecognized in Silicon Valley and could very well have been there to just take tourist photos (Or as Park put it: “Like visitors touring Google”). But instead, Park took advantage of the setting by networking and gaining feedback about her plans. 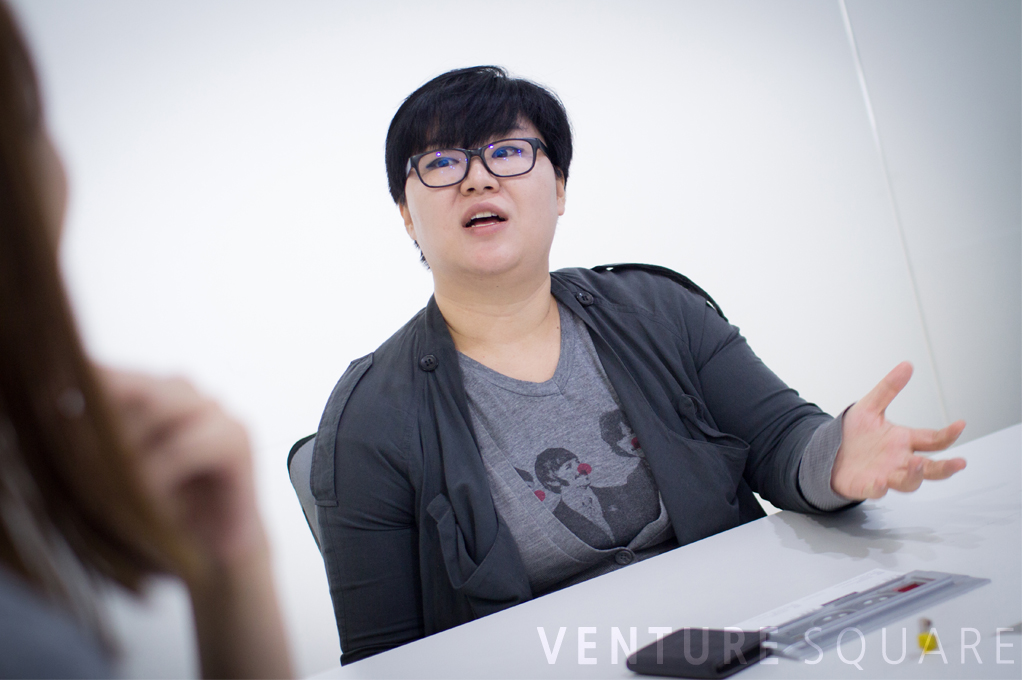 “For those who are in the tech scene, you could quickly receive feedback and talk business just through meeting individuals. We exchanged e-mails with fellow team members and shared advice while getting a lot of insights and comparisons on competitive services.”

“You’ll be able to objectively develop and grow your plans and feel that much more confident when you come back to Korea. It’s not something I can quantify but I gained a lot of experience while I was there,” she added.

“You’ll be able to objectively develop and grow your plans and feel that much more confident when you come back to Korea.”

However, Park also noted that there was room to improve the program. “I think that more could have been done to prepare our teams prior to going, like pre-training or things that would help us better understand what to expect at the Silicon Valley workshops.” 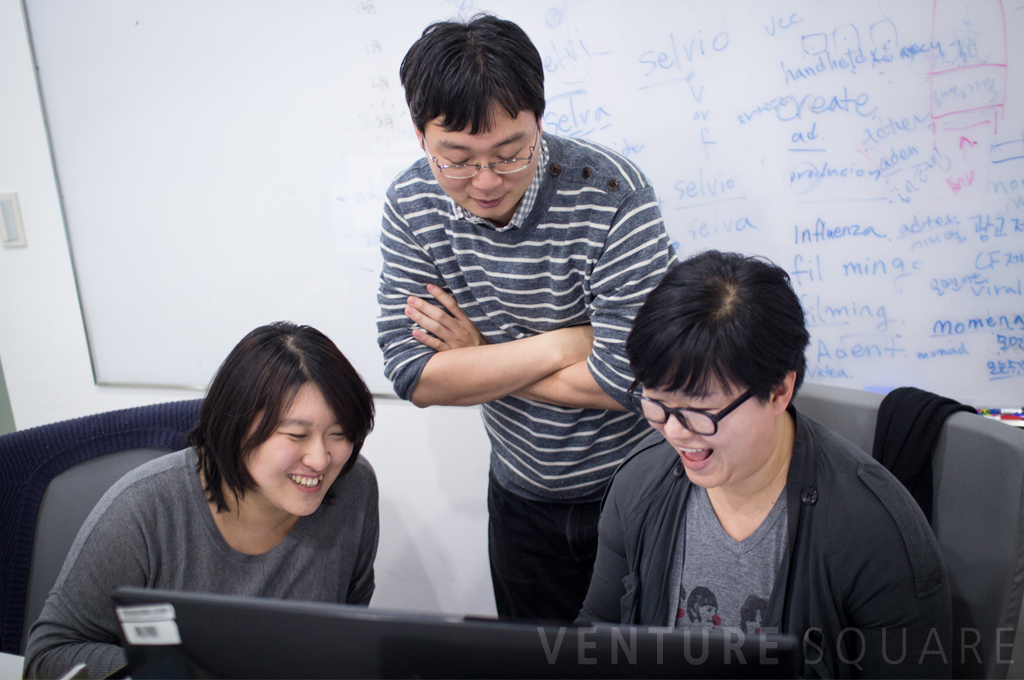 Park advises future attendees to really set their goals before going, and really think objectively about what they may want out of the conference. As parting wisdom for Future Nomaders, Park also had some assuring words for current founders. “If you do a business or a startup, a founder has to be able to do multiple roles. You might be hesitant about sacrificing work time to go overseas for such a long period, but the experience will help in the long run.”