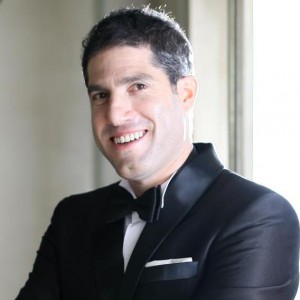 First world problems and your startup

Running a startup is hard, and full of uncertainties. It often feels like trying to cross a mine field – not knowing what the next step should be and whether taking that next step will cause everything to blow up.

It’s therefore very useful to ask for help – in fact, it’s almost necessary to get assistance from those who have more experience. And the good news is, many successful business people are happy to give you advice based on their experience. Much of that advice will be about things that may not seem important: where should you incorporate the company? How to choose the right lawyer and accountant? What types of agreements to do between the founders? These are all issues that will be fresh in their minds. If they have recently completed a successful exit, these would all be significant items that they had to deal with. What I remember most about my first exit is that I paid much too much tax; at that time all I wanted is to prevent others from making the same mistakes I did, and save themselves heaps of money by doing the right tax planning.

If you feel like that kind of advice isn’t important for an early stage startup, your feeling is absolutely right. Even in my case, giving tax advice to an early stage startup is the wrong advice to give. Sure, a tip that can get you twice the money (by doing the right tax planning) is great advice. But the real problem almost all startups face is how to get to that exit in the first place: the problems almost all startups deal with is how to get any money at all – not how to double the amount they get.

The Internet has a meme called “First world problems” (search it on Google for some hilarious phrases). It’s meant to make fun of people living in first world comfort and complaining about pressing problems, such as: “My inflight movie was longer than my flight”. This is very similar to the problems successful businessman are facing, except in this analogy the startup is the starving, third world country.

Startups have very basic problems: they need to survive, and they need to grow. 99% of them will never have to worry about the tax implications simply because they will never reach a profitable exit.

Isn’t it useful to plan ahead? Even if the chances of success are small, shouldn’t startups prepare for that event?

Well, preparation is never a bad idea, except that it takes founders attention away from the important things. It’s not that you shouldn’t properly set up the company; if you can do that – great. But my point is not to worry about things that will only be relevant in the happy event of a success. In fact, almost anything that does not have an immediate implication (meaning, it’s relevant in the next 12 months) can be postponed for later. When I opened my first US company, the lawyer and accountant got into a lively debate about whether the company should be opened as an “S-Corp”, a “C-Corp” or an “LLC”. I spent time researching the topic and spent hours in discussions on the various implications. Looking back from a decade later, I know that this time (and money – remember that lawyers and accountants are paid by the hour) was a total waste. Not only are the differences small, but in addition there is nothing I would have done then, that couldn’t be fixed later. And that’s another very important lesson – it’s very hard to screw up things from a legal or accounting point of view, no matter how clueless you are. Accountants and lawyers love to tell horror stories about companies who forgot to register a trademark or chose the wrong accounting reporting format; but these are first world problems: in the real world of startups, if you survived to a point where the legal or accounting issue matters, you’ve already succeeded. You may now spend the time and money to solve this problem.

Another reason to not worry about these first world problems is that there are so many of them. It’s very hard, perhaps impossible, to solve all possible future problems in the first year of a startup. So why bother trying? When confronted with a choice, go with the easiest, or the cheapest, or the one recommended to you by someone you trust. Either way, try not to waste time and money on it – both are in short supply, and both are critical for surviving to reach a ‘first world’ status.