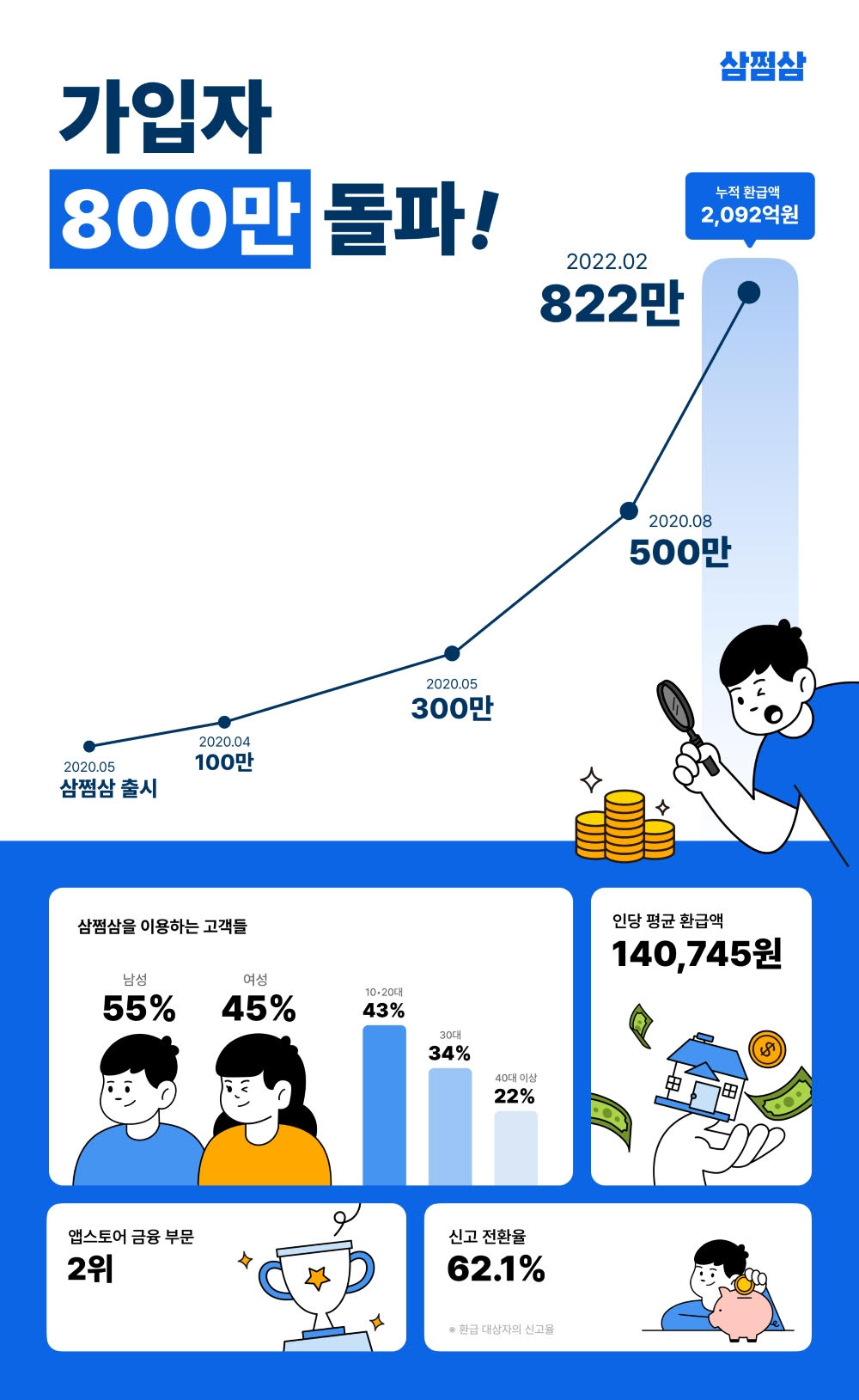 Samjjeomsam, released in May 2020, helps individuals to get the tax refunded in an easy and convenient way. Within one year and nine months of launch, it has grown rapidly and became a service used by 1 in 3.57 economically active people in Korea. The service received great responses from platform workers, N-jobs, freelancers, part-timers, and other gig workers who are rapidly emerging as the mainstream in the labor market and quickly secured a substantial number of users.

In particular, Samjjeomsam mobile app, which was introduced in December last year, helped grow the service by increasing the accessibility and convenience for the users, and the extensive brand campaign with actor Ah-in Yoo also substantially raised the awareness of Samjjeomsam.

Above all, the number of users has increased significantly thanks to the newly added year-end tax settlement preview function, which has grown into a personal tax refund helper that appealed to wage earners. Income earners who missed the year-end tax settlement deadline or accidentally omitted deduction items can check the expected amount of tax return that changes in real-time by entering the amount for each deduction subject that applies to them, further reducing fatigue from the year-end settlement.

As a result, three months after the app was released, it ranked 2nd in the most popular financial apps on the Google Play Store. One out of two users who inquired about the refund through Samjjeomsam actually received a refund, and the average refund amount per person was 140,745 KRW. It’s the same as the tax that had nowhere to go finally found the owner.

Jobis & Villains CEO Beom-seop Kim said, “With the value of providing maximum refunds, safe refunds, and simple refunds, I feel very rewarding to be able to return the tax that would not have been able to find the original owner without our service. It will be reborn as a service that can help all people who are earning money in line with the rapidly changing working environment.”

Jobis & Villains recently recruited a large number of former lawyers as part of an effort to strengthen the credibility of Samjjeomsam and fulfill its social responsibility. As the service is on a full-fledged trajectory following the explosive growth of Samjjeomsam, the plan is to increase customer satisfaction and secure service reliability in the long-term perspective.