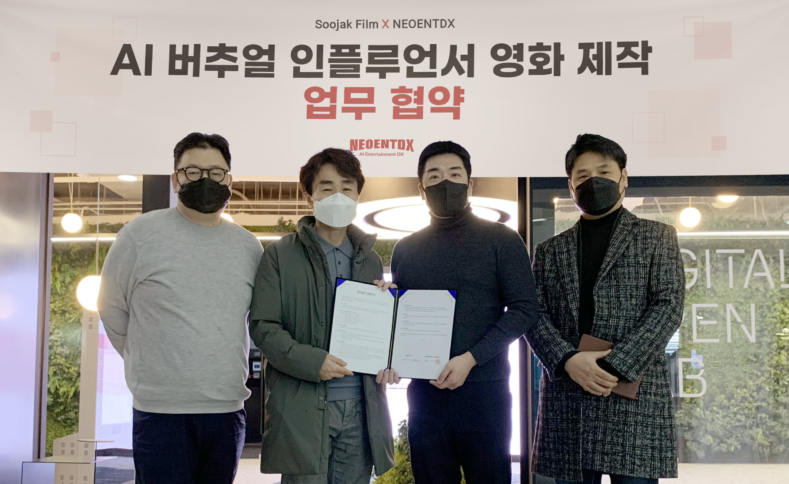 A new car presentation by a global automobile company that recently gave a presentation by an AI virtual human produced by Neo ENTDX provided the backdrop for the two companies’ meeting. A large 30-meter screen was installed inside the event hall, demonstrating the applicability of film production by showing the virtual humans’ looks and expressions as natural and detailed as actual people.

Sujak is one of the best film production companies in Korea that has made a number of films such as ‘The Great Battle (Ansi Fortress)’, which attracted audiences of 5.44 million, and is currently preparing to produce a new movie.

Taek-Jun Kwon, CEO of Neo ENTDX, said, “We no longer live in the era where virtual humans only appear in animation and science fiction movies. The era in which virtual human actors are active in general commercial films and dramas will come. We have already produced virtual announcers and virtual show hosts, and we plan to present global virtual idols in early February and virtual MCs in March on various channels including TV. Next, I want to inspire people by making new types of films with virtual actors based on original screenplays with Sujak Film.”

He added, “By 2022, we will complete vertical integration from virtual character production to content production, such as having our own VFX studio capable of producing the world’s highest-level movies. I want to challenge everything imaginable with the best creators in the best production environment.”